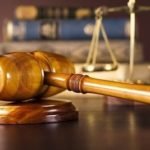 It’s been said that the two most emotionally difficult things a person could experience in their lifetime are the death of a loved one and divorce. Many people find that while the death of a loved one is difficult, it’s a natural cycle of life—and thus can be processed in context. Divorce, however, is often seen as a bitter, and often sudden, rejection or a personal indictment of one’s self-being—making it difficult to process at times.

Another complicating factor of a divorce is that while you’re experiencing one of the traumatic and emotionally taxing episodes of your life, you’re forced to make very personal and important decisions that could have a long-term effect on both you and your children.

Thinking things should be “fair.”

Typically, my experience has been that family law attorneys refer to this word as the F-word. Who’s to say what is fair? One side’s fair is another side’s injustice—so we try to avoid using it. Many people get caught up in the idea of what “should be” or what “is or isn’t right” because they see one side as being responsible for the break-up of the marriage. Unfortunately, the law is sterile and doesn’t often provide that kind of satisfaction. While this might be your first time experiencing a divorce, it’s not the law’s first time—and therefore the rules and guidelines for dissolving a marriage have little room for personal feelings. One example of this is adultery. Many people think that there should be some kind of financial or property penalty for committing adultery. However, the reality is that there is very little economic or personal punishment on the division of property or access to the children for a party committing adultery.

Facebook and Twitter have become some of the best friends (and enemies) of family law attorneys. Posting pictures of yourself or your soon to be ex is a great way to complicate your divorce. Ranting about the details of your divorce or your spouse’s actions is a sure-fire way to get in front of a judge. When you put something on Facebook or Twitter, it could ultimately be used against you in court. You don’t have to deactivate your account (in fact, deleting your account could also land you in hot water) but you do have to remember that people adverse to you are looking at it. It doesn’t matter what your settings are. When in doubt, think before your click—play it smart and imagine a judge reading that status update before you hit send.

Blasting your spouse with text messages.

Along the same line as posting to social media, texting your feelings and thoughts to your spouse during a divorce is almost certainly going to come back to bite you. Like your Facebook posts, texts can be read aloud in court. If you’re trying to demonstrate that you make good choices, or that you should be responsible for the majority of the decisions involving your children—a stream of aggressive, vulgar, or simply voluminous texts can undermine your whole position in the eyes of a judge. Like Facebook, think twice before you send that text.

Not telling your attorney everything!

Your attorney is bound by the Attorney-Client Privilege. It’s a very big deal that all attorneys take seriously because violating it could mean losing their law license. Knowing that you should be completely honest with your attorney and tell them all the facts—especially the ones that make you look bad. Attorneys can deal with and work around bad facts. However, what they can’t prepare for or workaround are surprise facts or incomplete information. Drug use, alcohol abuse, prior criminal record, adultery, and unknown hidden assets can destroy your case in the blink of an eye if your attorney doesn’t know about them.

Telling other people what you discuss with your attorney.

Don’t discuss your attorney’s strategy and advise with other people. The other side of the “Tell your attorney everything” coin is “Don’t tell other people anything your attorney says!” When you share e-mails from your attorney or tell people what he/she has said you’re running the risk of destroying the Attorney-Client Privilege and thus potentially opening the door for a lot of things to become fair game. Something people often don’t think about or realize is that you never know who is going to tell someone else—which can find its way back to your spouse and/or your spouse’s attorney.

Thinking that being a bad spouse doesn’t mean you’re a bad parent.

This is another concept many people struggle with. Spouses who rarely took on parenting during the marriage, or who committed adultery, or even violent offenders will receive some kind of possession schedule with their children. In Texas, there is a presumption for one parent to receive the “Standard Possession Schedule.” This is the schedule you’ve most often heard as “every other weekend” or being a “weekend parent”. The parent who has been the primary caregiver to the children often feels that they should get to decide what time the other parent gets—unfortunately, the law doesn’t agree. This is often a huge issue, and one that people struggle with a lot, so it’s important to understand the law and have clear expectations.

It can’t be that hard, right? It’s true that hiring an attorney can be expensive, but imagine how much more expensive it might be to hire an attorney in the hopes they can fix something. The money you spend to hire an attorney to modify a poorly written or vague decree, modify a child possession schedule you regret agreeing to, or trying to untangle a property settlement agreement you misunderstood will far exceed the amount of money you would have spent to get it done correctly in the first place. Even worse, some things can’t be modified—so if you don’t get those things right the first time you don’t get them at all. Do some research and find a professional to help you navigate this very difficult transition in your life.