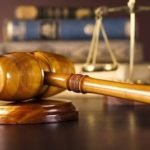 The landmark Supreme Court ruling Obergefell v. Hodges established that The Constitution guarantees same-sex couples the right to marry. This decision also opens other previously closed opportunities for same-sex couples. Couples married in another state prior to Obergefell, but who have lived in Texas could not legally divorce until the Supreme Court’s ruling. Now, married same-sex couples who want a divorce have the same marital property rights as heterosexual couples.

For heterosexual couples, Common Law Marriage (or Informal Marriage as it’s defined in Texas) has been an issue for years. Now, same-sex couples might possibly have claims and property disputes arising from “Common Law Marriage.” Contrary to public opinion, living together for a set amount of time does not make you common law married in Texas. In fact, the elements of Informal Marriage are: Tex. Fam. Code § 2.401.

In many common law marriage cases with heterosexual couples, proving the parties intended or agreed to be married can be a problem. However, this might be a lot easier to show for same-sex couples who participated in a ceremony or union (regardless if in Texas or not) during a time when same-sex marriage was not recognized by Texas.

To get in touch with us, give us a call at 512-884-1221 or submit the form below. We are committed to zealously working to find the solution that is best for you and your family.