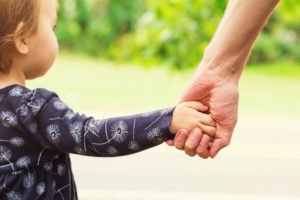 If you are considering divorce and you have children, you may already be thinking about child custody matters. This tends to be the most stressful and contentious aspect of any divorce, which is why it is especially important to familiarize yourself with the process and terminology, and to set expectations accordingly.

The information below will hopefully serve as a good introduction to the topic. However, you’ll want to speak with a child custody lawyers Williamson County, TX residents trust with any questions you may have. The experienced team at the Law Office of Jason Wright, PLLC will be happy to walk you through the general child custody process in addition to helping you evaluate your specific legal needs at this time.

Texas Uses Different Terminology Than Most Other States

“Child custody” is the term you are likely most familiar with, because it is the standard term in nearly every state. In Texas, child custody is known as conservatorship. And rather than having the primary caregiver described as the custodial parent or custodian, this person is referred to as the conservator.

If you use the term child custody during the process, everyone will understand what you are talking about. However, your Williamson County, TX child custody lawyer, the judge, and other legal professionals will likely use the official Texas terms.

Courts in Texas prefer to keep both parents involved whenever it would be in the best interests of the child to do so. To that end, there is a presumption at the beginning of the case that parents will share joint managing conservatorship (JMC), which is basically joint custody.

The ideal scenario for many families would be for parents to work out an agreement among themselves about where the child will be and when. In such cases, judges will sign off on the plan so long as it is in the child’s best interests. If there are disagreements, however, each parent will present their own wishes in writing and the court will decide (sometimes by compromising between the two).

Even in cases where there is a JMC, parents may not share rights and time equally. That is ultimately up to the court. If you have concerns about how your child custody matter will be resolved, that is understandable. Know that a Williamson County, TX child custody lawyer can help you make the strongest case possible for the scenario you believe will best serve your child’s best interests.

In cases where a joint managing conservatorship is not possible or is not a good idea, the court can award sole managing conservatorship (SMC) to one parent, which is basically sole custody. Although Texas courts prefer to grant JMC, it may not be wise if one parent has a history of violence, neglect, drug/alcohol abuse or absenteeism. Judges may also decide against JMC if there is a high level of conflict between both parents, particularly over major issues like religious indoctrination, medical care and education.

How an Experienced Attorney Can Help You

As a parent, you want what is best for your child or children, and you don’t want to miss a moment with them. Unfortunately, getting a divorce means that some compromises may need to occur. But with the help of an experienced Williamson County, TX child custody lawyer,, you can give yourself the best chance at the most favorable outcome available. Even if you can’t get everything you want (and most parents can’t in a child custody matter), you can likely preserve the priceless relationship you have with your child for years to come.