Divorce and Your Dollars

Home News Divorce and Your Dollars

When it comes to divorce, the tradeoff is everywhere — kids, cars, houses, 401Ks, etc. Making decisions about who gets what and how that is handled are significant trade offs in peoples’ lives.

Among couples, one spouse often manages the finances and is in-tune with the financial situation — they know all the accounts and the budget — and the other doesn’t pay much attention to it at all. And the person who handles the financials is not necessarily the person who makes the bulk of the money. This is relatively common.

In a “community property” state, like Texas, everything isn’t necessarily divided 50/50, as many people think. That is mostly true, but not universally so.

From the moment two people marry, a new entity — a community estate — is formed. Financial assets already in place before the marriage can end up having a community property interest. When one partner knows all the assets and financial affairs and the other doesn’t, right off the bat, an issue arises in understanding what assets are available for division between the spouses.

If one spouse makes the majority of the money, they may come to a divorce situation, thinking it’s their money and they should have all the control over it. From a  family law standpoint, that is just not true. So, each spouse needs to be aware of and involved with what their family’s investments are and their financial standing on the various accounts and investments at play.

Divorces can be expensive, and lawyer fees can become astronomical, especially if things get dragged out for an extended time. People incur expenses when they disagree. On the other hand, agreements are cheap, easy, and fast. The more things a couple can agree upon, the less it will cost, and the sooner it will be over.

People incur legal fees when they disagree, so to keep lawyer fees from getting out of hand, it’s best for divorcing spouses to compromise and come to agreements. The more couples fight over things, the more it costs. Divorcing couples should try to look at sticking points from a different perspective, understanding that the more they disagree, the more it will cost.

Sometimes couples fight about principles. Arguing about who’s right and who’s wrong and about what only leads to a more prolonged and more costly process. Tasking your lawyer to fight for your principles, particularly if the matter goes to court, is extremely expensive.

While the divorce process is playing out, both spouses still have access to everything. What happens if one partner starts blowing money or clears out the bank account before the divorce proceedings are completed?

There is no legal separation in Texas, you’re either married, or you’re not. In most of our local counties, however, we have what we call “standing orders.” Whenever someone files a lawsuit, such as a divorce, some rules dictate what happens moving forward. These are basic guidelines, stating things like: you can’t cancel your utilities or take your children out of school and move them elsewhere.

So, when people are at odds, and both people have control of the financial assets, they can spend money on “reasonable and necessary” expenses. Attorney fees can be part of these expenses. Some things can be done with community money, which the court finds quite reasonable.

However, if a spouse goes on a spending spree or drains a joint account, that asset can be awarded later in the division proceedings. Or, a waste claim can account for the assets used by that partner. In this situation, one partner wasted community money, and there can be credit given for that during settlement.

If things become egregious — someone is locked out of accounts or one partner is spending money frivolously and carelessly — those issues can be brought before a judge claiming violation of the standing orders. A judge can then give some punishment or issue a new order.

It’s intimidating and overwhelming to think that a divorce may be in your future. Contact my law office and schedule a consultation to get that process started. We’ll have a comprehensive conversation about what’s going on and what needs to be done.

Lastly, I want to express many thanks to Kevin Smith at Austin Wealth Management for conducting the “Divorce and Your Dollars” interview. 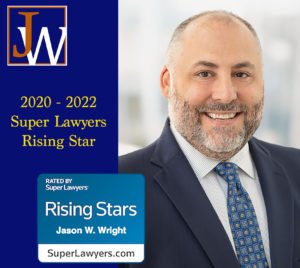 "Jason is very professional and friendly. He patiently explained everything as many times as I needed and made the law easier to understand. Gave great advice and listened to all of my suggestions walking me through if they would work or not." Jami L