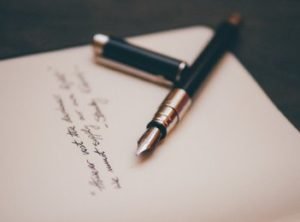 Unlike years ago, prenuptial and postnuptial agreements have become very common in Texas and across the country. One reason may be because of the average age couples are getting married today. According to national data, couples are slightly older than 20 years ago. The average age of women who get married today is 27 and the average age of men is 29. In 1990, those ages were 23 and 26. Instead of getting married right out of college, many couples are waiting to get married until they are more established in their careers. This also means that one or both of the members of the couple have built up some assets or purchased property on their own that they want to protect in the event the marriage does not work out. If you are considering one of these agreements, a postnuptial agreement lawyer Round Rock, TX clients recommend can help.

Both a postnuptial agreement and a prenuptial agreement are legally binding contracts that stipulate the division of assets and property between each spouse, including assets they each had prior to the marriage and assets they accumulate during the marriage. These agreements also often address what happens to the family home in the event of a divorce. This is especially important because Texas is a community property state when it comes to divorce.

There are several common reasons why a couple decides to have a postnuptial or prenuptial agreement. These include:

If you are planning on getting married or already married – whether newlyweds or long-established – a prenuptial or postnuptial agreement can help protect both you and your spouse. Contact the Law Office of Jason Wright to meet with a Round Rock, TX postnuptial agreement lawyer. Call our office to schedule a free and confidential consultation.